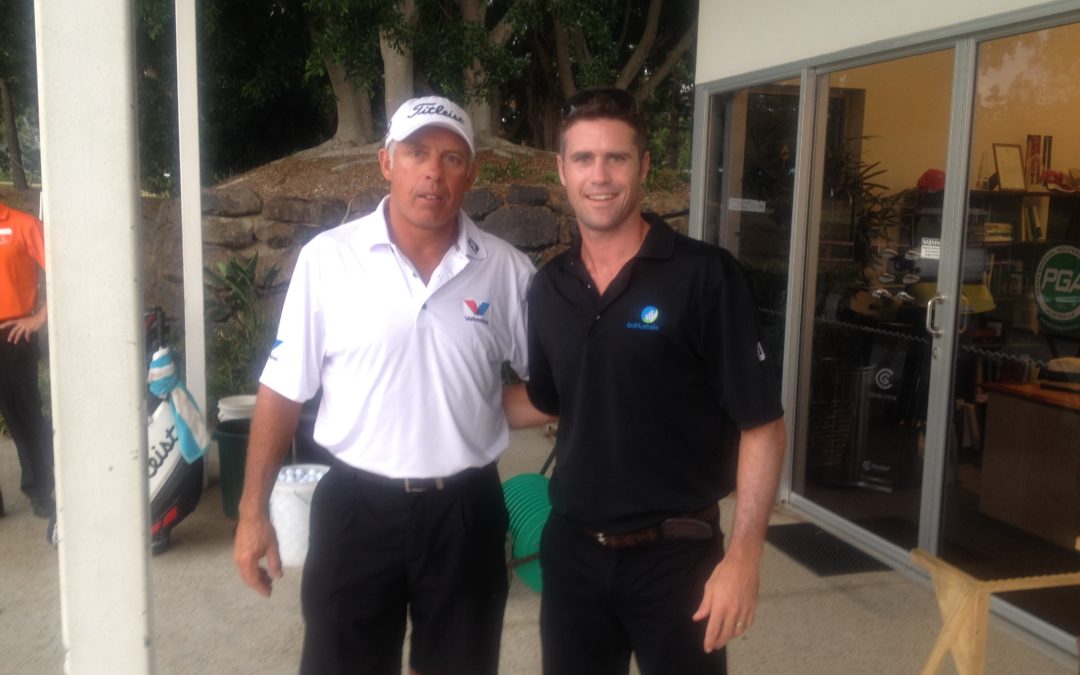 It was with enthusiasm that I was able to provide the physiotherapy coverage for the Australian PGA golf tournament at Royal Pines last week. The tournament was a promoters dream as it featured the both Rickie Fowler (current no. 36) and Adam Scott (current world no. 2) in the final group of the last day. Scott was the victor after showing his class on the back 9 to win by 4 shots.  The runner up went to Fowler who also showed why he is at the top of the world rankings. Third was young victorian trainee professional Jack Wilson who we are bound to see big things from in the future !!

My week as physiotherapist was hectic but hugely enjoyable. A typical day involved rising at 4am to be at the course for a 5am      start. From there I would begin working on the players to get them ready for the day. Mostly they would ask me to work around their spinal regions (neck and back). For golfers these areas are under the most amount of load as the week progresses, although i also treated alot of foot and leg soreness which accumulates from long hours standing and walking. Each consult would require about 20 min and it was not unsusual to see about 25-30 players daily. A quick breakfast and lunch break of 20 min and it was back to the treatment rooms.

For the first two days of the tournament  there is 150 players. This means that by the time all the afternoon golfers have started the morning groups would be returning wishing to get treatment in preparation for the next day. Then the groups that started in the afternoon would return late in the day which resulted in treatments being given up till 7pm in the evening !! Needless to say i was completely spent at the end of the day.

Watching the players warm up and hit balls on the driving range gave me a great opportunity to see what ticks in the mind of the golfer pre and post round. It is interesting to see the difference in mindset between the best guys and the guys just making up the numbers. The intereseting thing is that they are all capable of hitting great shots but the ability to do it under pressure out on the course seems to be the difference.

Highlights of my week included meeting Rickie Fowler, Steve Williams (Tiger Woods ex Caddie) and Adam Scott who by chance was wearing the green jacket that he won at the U.S. Masters Championship at Augusta this year. Not surprisingly the jacket has some strict traditional rules that apply to the wearer. They include

– Returning the jacket to Augusta National course after 1 year. It must remain there forever in your locker until you enter the clubhouse in which case you may wear it again

Another highlight of the week was seeing some of the local professionals that I work with performing well. Steve Jeffress, Steve Jones, Matt Ballard, David McKenzie and several others did great and it was a thrill to have a contribution to their perfromances. I was able to watch some of the golf on the course on the last day and the crowds were spectacular. Certainly a revitalised tournament which struggled last year trying to tie up a deal with Clive Palmer at his Coolum course. In fact thanks must go out to Clive as having the tournament on the Gold Coast definately helped my bid to provide the Physio.

All said and done a special week with some great memories. 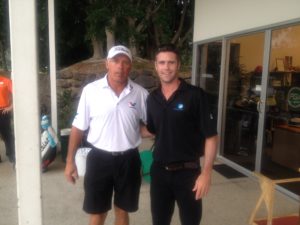